by | Civil and Environmental Engineering | December 5, 2019
Adding simulated vehicles to closed-course testing can train robocars to handle even the most unlikely scenarios. | Short Read 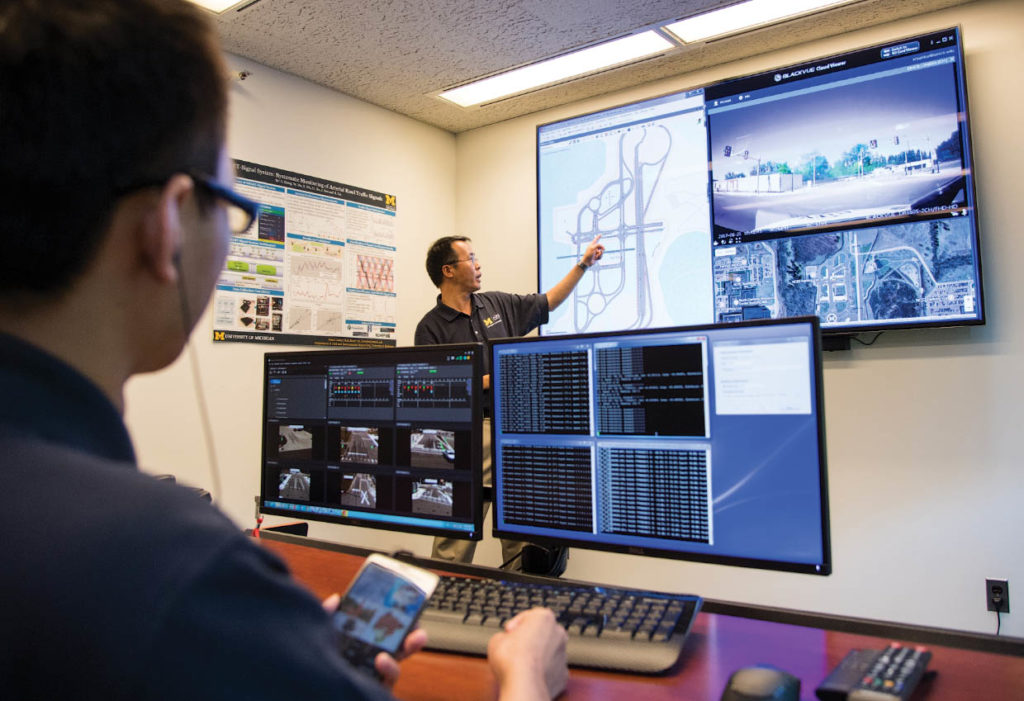 As discussions around fully autonomous vehicles have become the norm in households, concerns regarding their integration on our roadways arise. New vehicles require road testing to ensure safe operation is possible, and facilities like Mcity and American Center for Mobility provide researchers with closed courses to perform this analysis. While these applications are useful to researchers, it can also be costly, which is where computer simulation comes into play. An augmented-reality environment was built in Mcity to allow for this type of testing with autonomous vehicles. Through the simulation, researchers are able to put their real-world vehicle to the test against virtual cars in a multitude of senarios and edge cases. CCAT Director Henry Liu, and research scientists Shan Bao and Yiheng Feng developed procedures and testing scenarios that could be applied to the Mcity facility. You can learn more about the research project by reading the UTC Form or the Final Project Form. You can also read the full IEEE Spectrum article here.

This article was originally posted by the Center for Connected and Automated Transportation. Read the original article here.

Department of Civil and Environmental Engineering