Ann Arbor will soon be home to more than 20 “smart intersections”—capable of gathering and transmitting information in real time to connected cars—as part of a University of Michigan effort to demonstrate the safety potential of connected and automated vehicles.

The U.S. Department of Transportation’s Federal Highway Administration has awarded U-M $9.95 million toward the effort, which will be headed by University of Michigan Transportation Research Institute (UMTRI). Corporate partners contributed an additional $10 million of in-kind funding.

U-M will receive $3.8 million of those federal dollars directly and administer the remaining $6.2 million to subcontractors.

Intersections will be fitted with cameras, radar and infrared sensors in order to capture what is moving in the area, at what speed and in what direction—everything from cars to pedestrians. That information can be instantaneously sent to connected vehicles in the vicinity, triggering onboard warnings when cars are in dangerous situations. 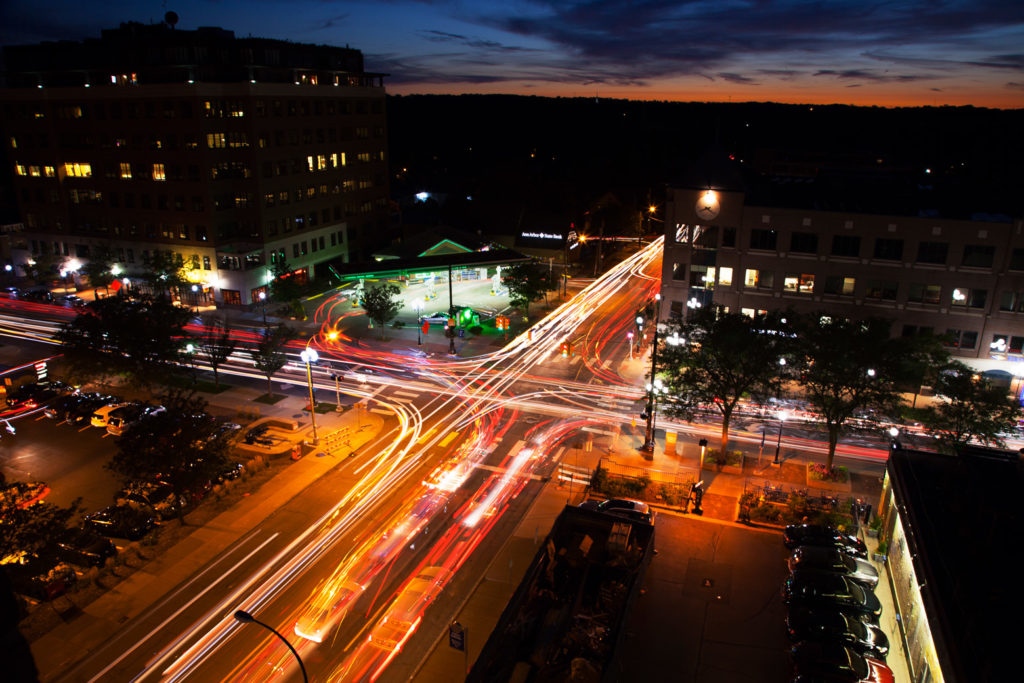 Through the “living laboratory” of the U-M-led Ann Arbor Connected Vehicle Test Environment and its predecessor Safety Pilot Model Deployment, vehicles across the city have been communicating with one another and infrastructure since 2012. At its peak, nearly 3,000 vehicles were involved, making it the largest connected vehicle deployment in the world. These projects provided evidence that connected vehicles have the potential to reduce unimpaired crashes by 90%.

Despite advances in technology, connected and automated vehicles still have blind spots, and sensors can still be fooled on occasion by things like poor weather.

Henry Liu, a U-M professor of civil and environmental engineering and a research professor at UMTRI, said sensors placed at intersections can provide additional data to those vehicles wirelessly, enhancing their capacity to detect dangers.

“One way to overcome the physical limitations of the onboard technology is to have these sensors placed locally that can provide information in situations where, say, line of sight is being blocked by a bus, or some other barrier,” said Liu. “Roadside sensors can detect a possible danger that is blocked, and broadcast that danger’s information to the vehicle.”

Connected and automated vehicles would be alerted by the broadcast, which would trigger whatever warning system that model comes equipped with—beeping, vibrations, etc.

In addition to improving safety, the project is also designed to provide low-cost proof of the viability of connected vehicles. The industry currently faces a “chicken and egg” problem in pushing new technologies into wider usage, the researchers say.

With connected and automated vehicles currently making up a small percentage of the cars on the road today, the potential benefits of the latest safety technologies are hard to demonstrate. And that slow generation of data contributes to a slow adoption of new technologies.

“One of the most promising aspects of this project is that we will be able to pave the way for a national connected and automated vehicle deployment,” said James Sayer, UMTRI’s director. “We will definitively demonstrate not only the technology but a clear path to funding the infrastructure—both aspects needed for a national deployment. Furthermore, the Smart Intersections Project will provide significant Day One benefits to early adopters, including saving pedestrian lives.”